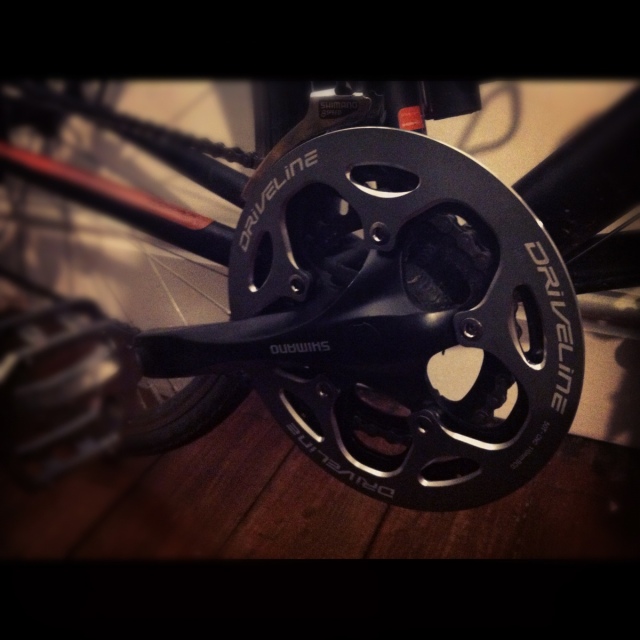 Every useful bicycle should have one of these trouser saving devices. What’s not to like?

I have windowxiety every day upon leaving the house. Very funny and totally unrelated to bicycling.

Part 1 of a 3-Part Series on My Anxiety This anxiety is amplified whenever we go out of town (What if all their water evaporates? What if they think we’re never coming home and will themselves dead?) It was especially amplified when we found out the air conditioning guy was going to come fix our air conditioning over Labor Day weekend while we were in Texas.

I rattled off all my concerns to… 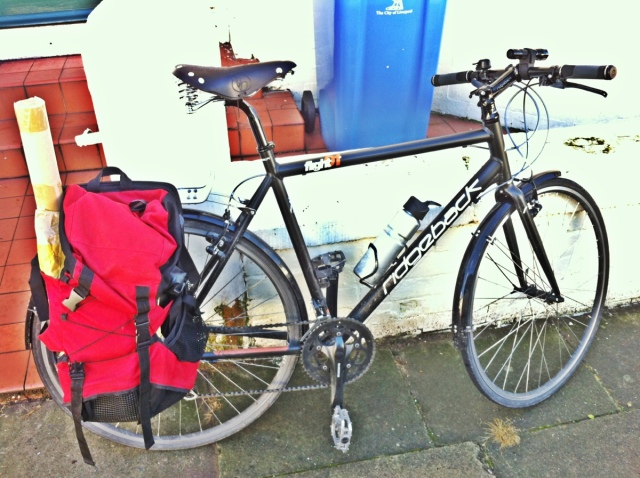 I had a few parcels to get to the Post Office, the sun was shining and the bike was the perfect way to get there. Bike by Ridgeback. Saddle by Velo Orange. Pannier by Halfords. Wheelie bin models own. 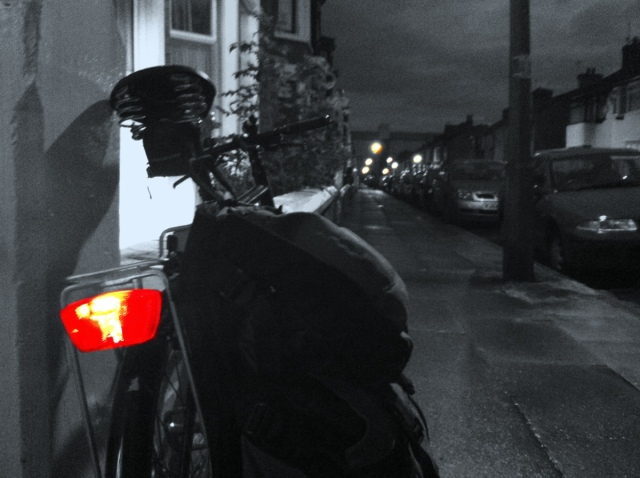 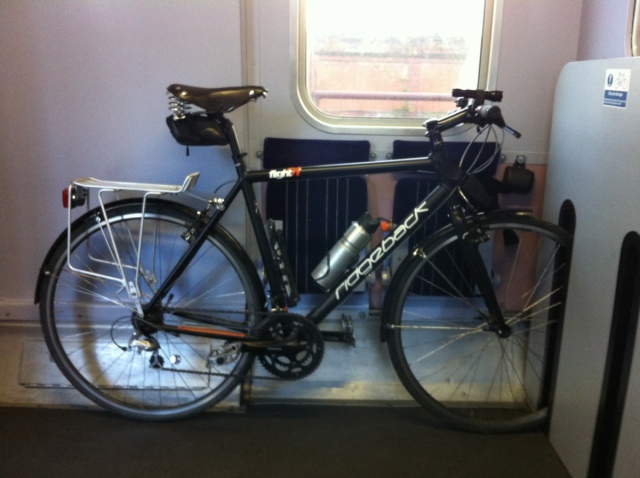 Everyday Cyclist’s bike, docked with the mothership. In this case the 18:01 to Liverpool.

On my daily commute I’m a firm believer in dressing like a normal human. I used to believe that my motivation for doing this had a political root; that if somehow everyone who cycled to work wore normal gear then it would send a subtle message to non cyclists – that you don’t have to dress up to get into everyday riding, thus removing a barrier to getting involved.

This may be true but I’ve figured lately that my real motives are somewhat more selfish, lazy and vain. My commute is two parts bike and one part train ride and to be honest I just don’t want to look a dick on the train.

Don’t get me wrong, cycling gear has its place. If I’m out for a long ride with my bikey friends I’ll wear cycling stuff, for reasons of practicality and the powerful human need to assimilate. It takes a strong character to stand out from the crowd and I’m sorry, I’m not that guy.

I’m also lazy. I tried wearing cycling gear for the commute and changing at the end but I just could not be bothered with the hassle. Wearing normal clothes and riding slow means I can just turn up at Manchester Velodrome, my current place of toil, hang up the bike and get on with the thorny business of promoting cycling.

Which brings me to jackets. It’s been raining a lot lately in these parts and keeping dry and looking normal has risen to the top of the simmering stew of my obsessions.

I’ve long hankered for a wax jacket that looks good and does the job on the bike. I’ve ogled the Swvre wax jacket but it’s price is prohibitive for a poor church mouse like me. So I found a Superdry Transcontinent jacket that fit the bill. It’s waxed cotton and linen mix, short in the body, long in the arm, unlined and rather stylish.

First ride in the deluge showed that it was pretty water resistant but highly breathable – much more breathable than any membrane type fabric. It let in some water on the arms though – I think that the wax coating applied in the factory was cosmetic only – the fabric wetting out too easily.

However a good spray with Grangers Wax Spray and it beads like a mallard’s back. I can’t wait to get caught in a proper monsoon situation to see if my extra waxing has done the trick.

Has anyone else out there had success with wax jackets for normal, everyday, slow bicycle movement style riding? I’d love to hear from you.